“He who perceives Me everywhere and beholds everything in Me, never loses sight of Me, nor do I ever lose sight of him.” — Lord Krishna in the Bhagavad Gita, Chapter 6, Shloka 22

“Seek ye first the kingdom of God, and his righteousness; and all these things shall be added onto you.”

In the divine plan, Jesus Christ was responsible for the evolution of the West, and Krishna (later, Babaji), for that of the East. It was intended that the West specialize in developing objectively, through logic and reason, and that the East specialize in inner, intuitive development. But in the cosmic plan the time has come to combine these two lines into one. East and West must unite. —Paramhansa Yogananda, “Autobiography of a Yogi” Yogananda said it was Jesus himself who appeared to Babaji and asked him to send this teaching of Self-realization to the West. At that meeting, Yogananda tells us, Jesus said, “My followers have forgotten the art of divine inner communion. Outwardly they do good works, but they have lost sight of the most important of my teachings, ‘to seek the kingdom of God first.’” 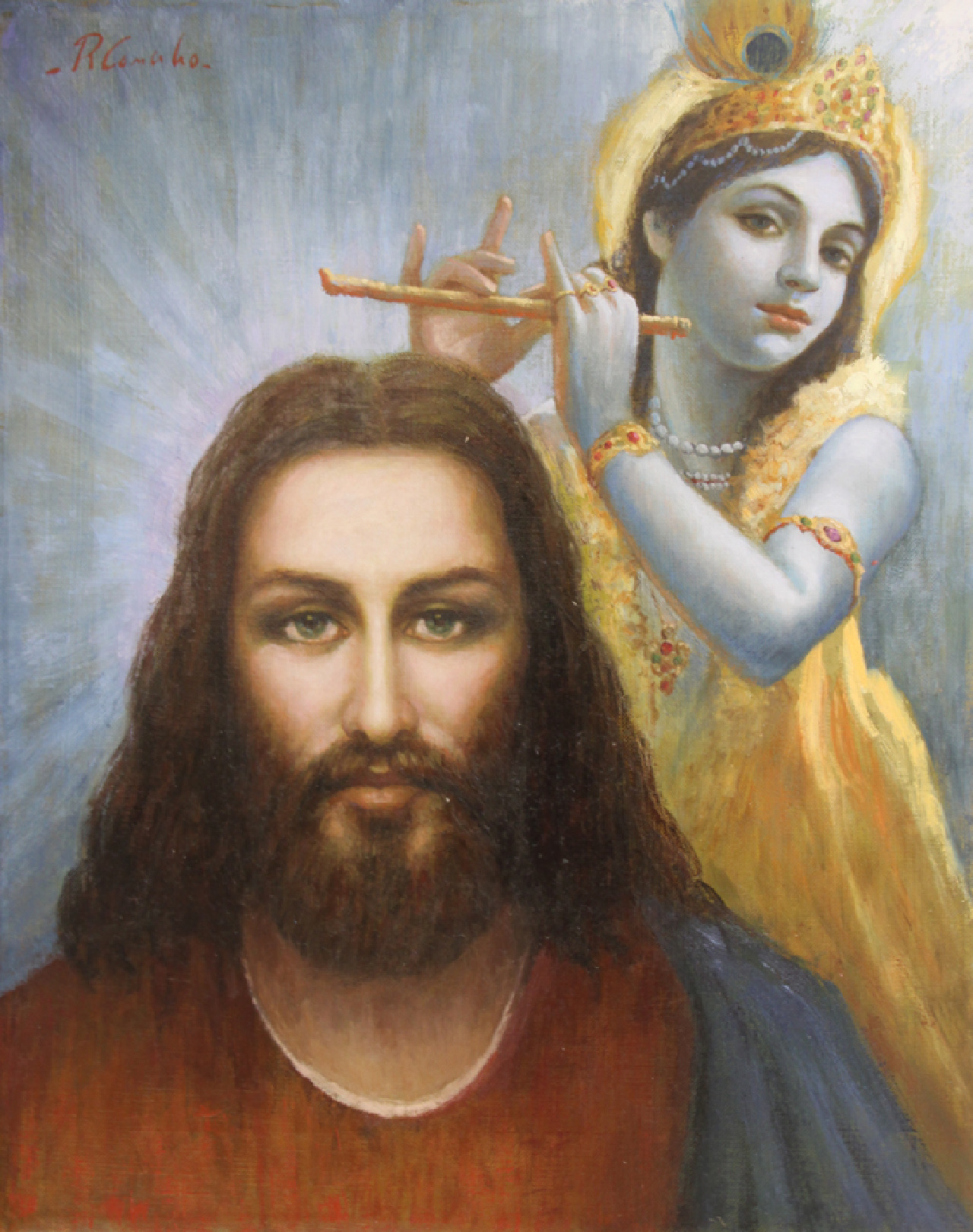 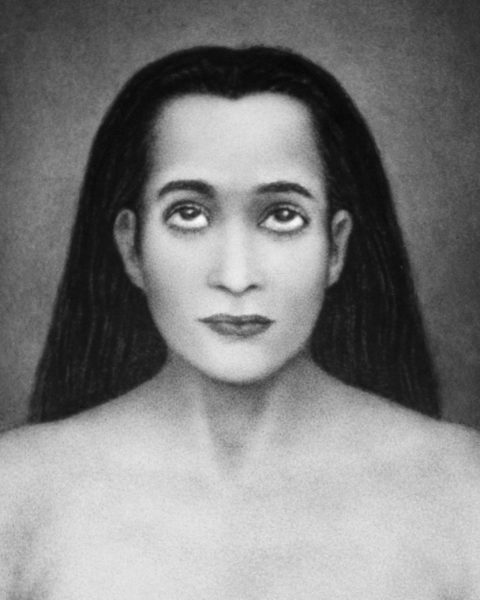 Babaji’s spiritual state is beyond human comprehension. The deathless guru bears no marks of age on his body; he appears to be no more than a youth of twenty-five. Fair-skinned, of medium build and height, Babaji’s beautiful, strong body radiates a perceptible glow.

Babaji means “Revered Father.” The secluded master has retained his physical form for centuries, perhaps for millennia. Babaji’s mission in India has been to assist prophets in carrying out their special dispensations. He thus qualifies for the scriptural classification of Mahavatar. The northern Himalayan crags near Badrinarayan are still blessed by the living presence of Babaji…. Seeing that in the present scientific age, people were better prepared to receive higher knowledge, Babaji directed his disciple, Lahiri Mahasaya, to reintroduce the meditation science of Kriya Yoga to the world. —Paramhansa Yogananda, “Autobiography of a Yogi”

“Attune yourself to the active inner Guidance; the Divine Voice has the answer to every dilemma of life. Though man’s ingenuity for getting himself into trouble appears to be endless, the Infinite Succor is no less resourceful.” —Lahiri Mahasaya

After his initiation by Babaji in 1861, Lahiri Mahasaya continued to live the modest life of a householder in Varanasi, India. He set an ideal example of balanced living, attending to both his worldly and his spiritual duties. Over the years, as he meditated quietly in his front room, thousands came to him for initiation into Kriya Yoga. One of his foremost disciples was Sri Yukteswar, the destined guru of Paramhansa Yogananda. 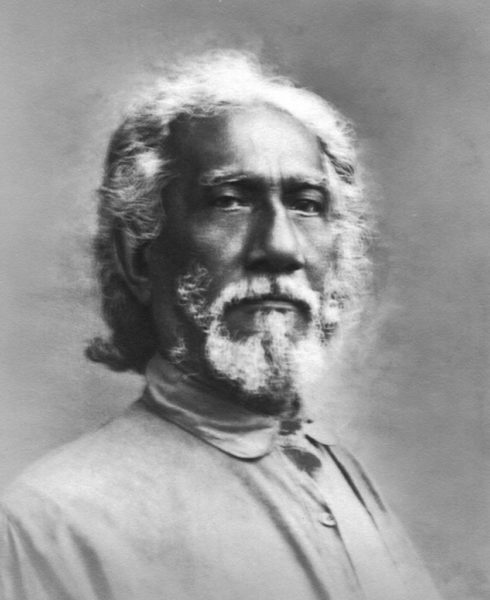 “Forget the past. The vanished lives of all men are dark with many shames. Human conduct is ever unreliable until anchored in the Divine. Everything in the future will improve if you are making a spiritual effort now.” — Swami Sri Yukteswar

Yukteswar was a disciple of Lahiri Mahasaya, and Yogananda’s guru. He was an “incarnation of wisdom” with a keen intellect and discrimination. He received two commissions from Babaji. One was to write “a short book on the underlying unity between the Christian and Hindu scriptures, to show that the inspired sons of God have spoken the same truths.” He called this book The Holy Science. The second was to train Yogananda for his mission to the West. Early in life, Yukteswar was married; later he became a renunciate and lived in his hermitage near Calcutta, India. Sri is a respectful title meaning “holy.” Yukteswar means “united to Ishwara” (the name of God in his aspect as the Cosmic Ruler).

“As long as you are making the effort, God will never let you down!” — Paramhansa Yogananda

Author of the spiritual bestseller ‘Autobiography of a Yogi’, Paramhansa Yogananda was a great Avatar commissioned by Babaji to expound the yoga teachings in the West and show the underlying unity of the original teachings of Jesus Christ and Lord Krishna.

Born as Mukunda Lal Ghosh in a wealthy family, Yogananda longed for God from his earliest childhood. He later became the first yoga Master who made his home in America where he went in 1920 and stayed till his Mahasamadhi in 1952. Yogananda was the first Master who brought a scientific approach to God-realization by asking his disciples to experience God contact through yoga techniques coupled with devotion. Through the 1920s as he travelled far and wide across the United States, his enthusiastic audiences filled the largest halls of America.

While Yogananda founded centers and organizations, his concern was more with guiding individuals to direct communion with the divine.

Yogananda means “Divine Bliss through Yoga.” Paramhansa means “highest swan.” The white swan or hansa is said to have the power of extracting only milk (wisdom, enlightenment) from a mixture of milk and water (the mundane world), and is a symbol of spiritual discrimination. 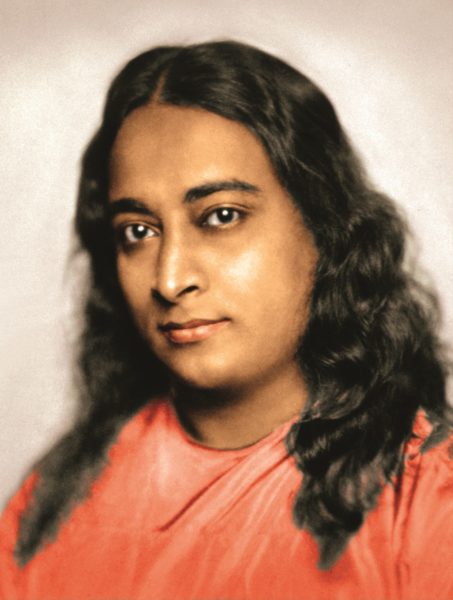 Retreats in the U.S., Italy, and India

Treasures Along the Path

The Education for Life Philosophy